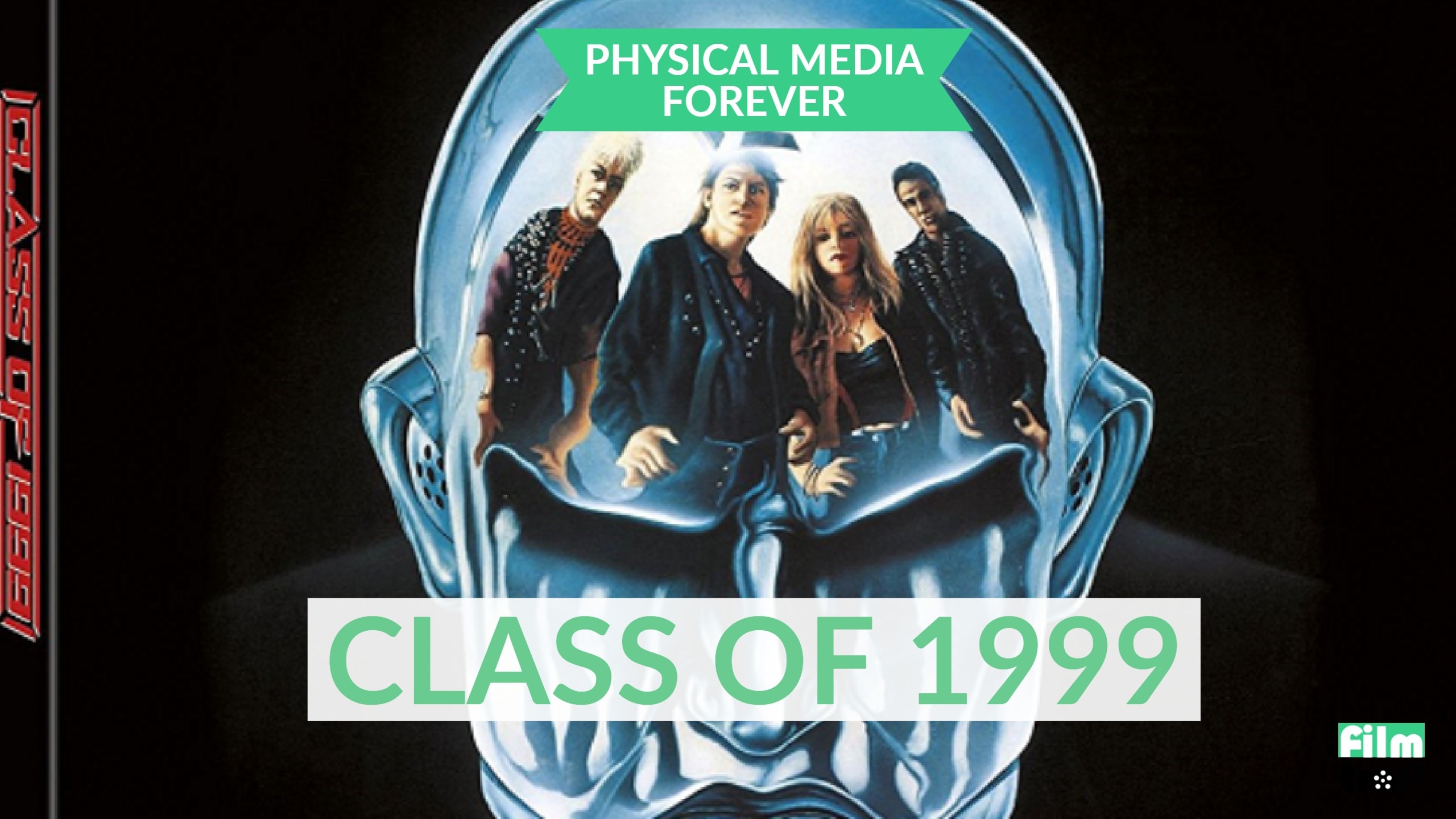 In the exploitation classic Class of 1984, the teachers have to deal with crazy punk kids who want them dead.

In the video era gem, Class of 1999, the punk kids are the ones have to deal with the crazy teachers, who also happen to be psychotic weapon-wielding robots.

One of them is considered a classic.

The other disposable junk. 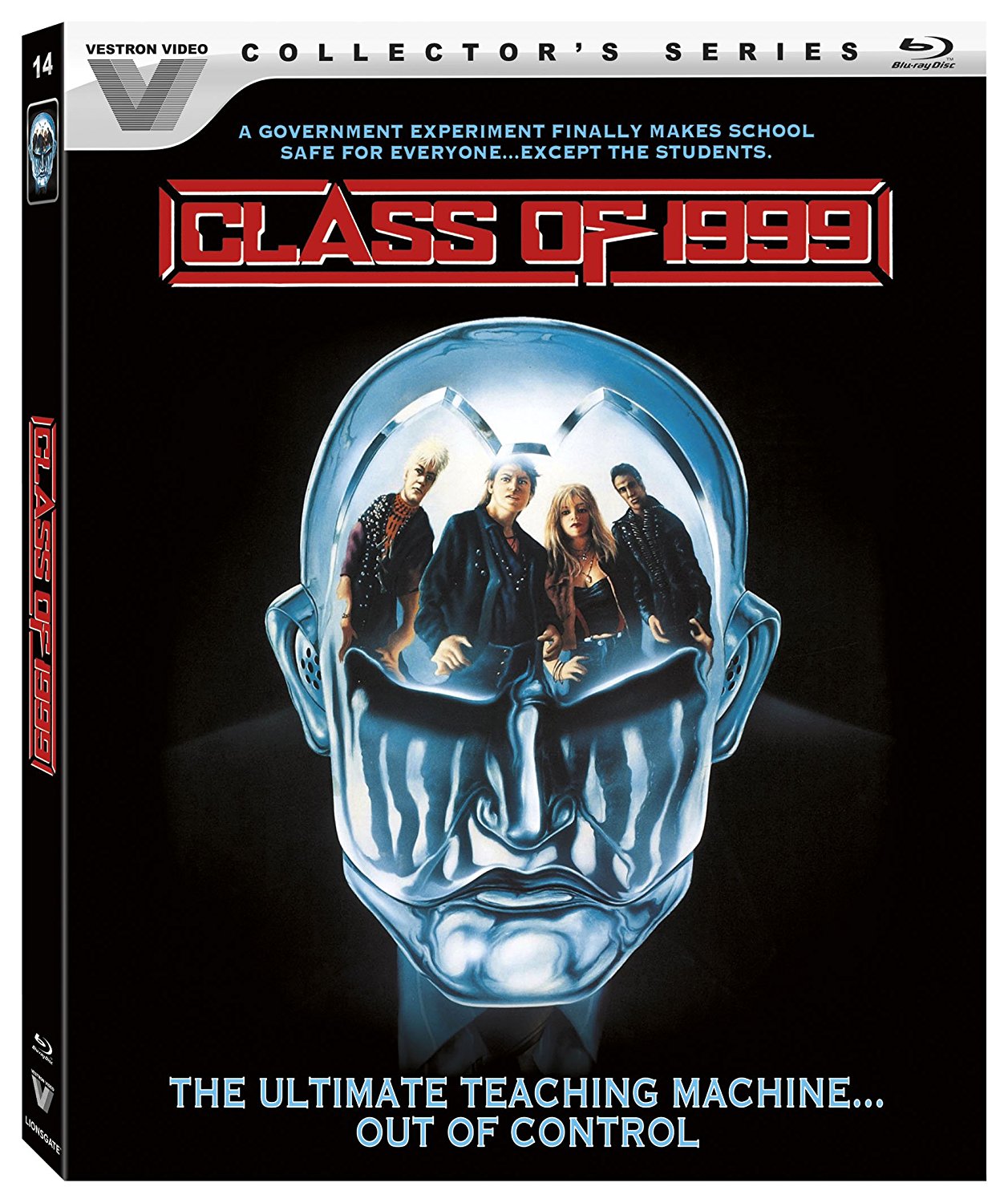 It’s kind of amazing that Mark L. Lester got the chance to direct both films. Class of 1999 takes place at a school, but that’s where the similarities end, as each film has a radically different tone. Class of ’84 is a rough-edged shocker that features stomach-churning sexual assault and vicious violence. Class of ’99 is an over the top special effects-filled romp from the height of the video boom*. They are each poster children for the decades they were released, with positive and negative that entails, and they still succeed in being flat-out great in distinctively separate ways.

Yeah, you heard me right. Class of ‘99 is frigging GREAT. It has a bit of a bland lead in Bradley Gregg, but the real stars are Pam Grier, Patrick Kilpatrick and John P. Ryan as the smirking murderbots. Plus, Stacey Keach wears insane contacts and a rat tail wig. And there are endless explosions. And a giant puppet robot!

Class of 1984 was considered for years as the ‘classy’ one. It received a number of special edition DVD releases over the years, most recently from Scream Factory, while Class of’99 has been treated like a forgettable cash-in footnote. For a long time, Class of ’99 was doomed to live on those ugly 8-pack DVD collections you found clinging to the bottom of the discount bin at Wal-Mart, cursed to share a disc with something like Ghoulies 3. 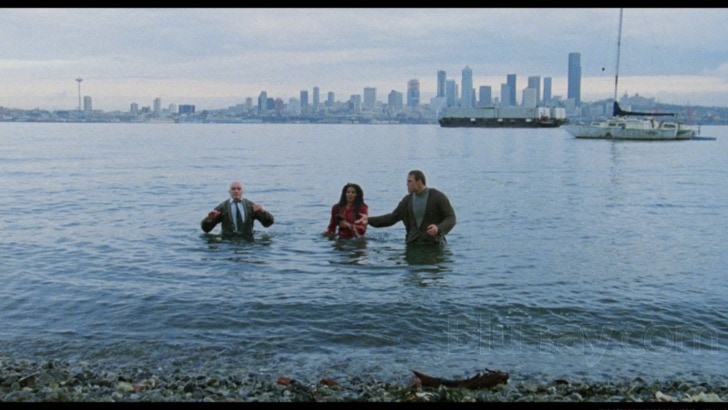 Thanks to the miracle workers at Vestron Video, we now have a special edition of Class of ’99 that absolutely delivers. I’ve never been able to see Pam Grier’s robo-body riddled with bullets in so much gooey green detail. The worst thing the video-era did was make people think film’s like looked like shit when in reality, they often feature amazingly complex special effects were beautifully lit.

The one thing that unavoidably comes up when discussing Vestron titles is the price. 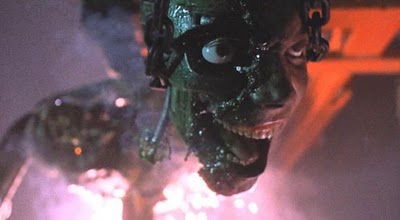 We live in a Collector’s Market. The video store is almost extinct. No one will stumble upon this title while browsing the shelves. The people who buy Class of ’99 probably already love it, or they read a review by someone they trust (Me!) and decide to blind buy it because they want to watch the film in its best available format. And while we’re slowly making our way back to the days of hilariously expensive Laserdiscs, the price point also means that labels have to make sure they release the definitive release if they expect collectors to shell out. You may agree or disagree with the quality of a feature, but there’s almost always guaranteed to be some fascinating special features.

The inflating price is simply a reality of the current market. It sucks, but as with anything, it’s up to you the consumer to decide if you want to pay or not. Truthfully, I would love to purchase every Vestron title, but as a person whose bank account is often in overdraft, I cannot justify buying Chud II: Bud the Chud.

I’m sorry. We’ll have to remain only acquaintances, Mr. Chud.

*Contrary to popular belief, Class of 1999 did get released theatrically. It’s disappointing sequel Class of 1999 II: The Substitute did not.

**If I see there’s a feature-length Making-Of on any film, even the ones I actively dislike, I will probably buy it eventually. It’s a sickness.