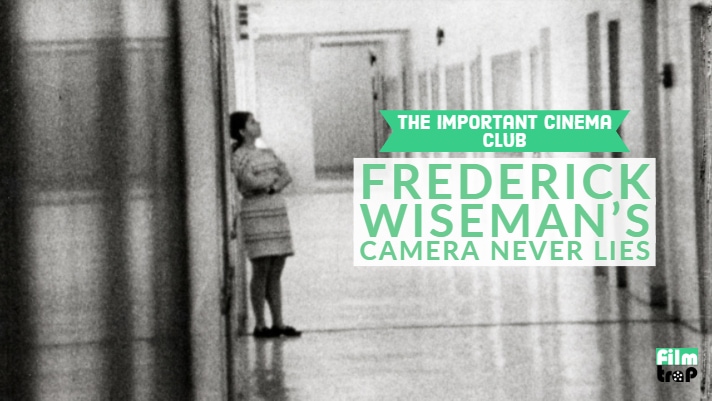 We discuss the films of master documentary filmmaker Frederick Wiseman and his films EX LIBRIS, HIGH SCHOOL, TITICUT FOLLIES and IN JACKSON HEIGHTS.

Become a Patreon subscriber for $5 a month and get an exclusive episode every week! This week on our Patreon we discuss Martin Short’s CLIFFORD.

Titicut Follies is a 1967 American Direct Cinema documentary film directed by Frederick Wiseman and filmed by John Marshall, about the patient-inmates of Bridgewater State Hospital for the criminally insane, a Massachusetts Correctional Institution in Bridgewater, Massachusetts. In 1967 the film won awards in Germany and Italy. Later on, Wiseman made a number of such films examining social institutions (e.g. hospitals, police, schools, etc.) in the United States.

The title of the film is taken from a talent show put on by the inmates of the hospital, which was named after the Wampanoag name for the nearby Taunton River.

What really happens inside the walls of an American high school? Famed documentarian Frederick Wiseman answers that question in this peek inside Philadelphia’s Northeast High School, where the students constantly clash with the teachers, and the teachers wage their own battle against the administration. Delving into the everyday struggle the teachers face to discipline their unruly charges, the documentary offers a glimpse into the highs and lows at an urban public school.

The documentary explores the role of the NYPL as an egalitarian network of exploration, exchange and learning. There are no central characters, just a series of vignettes depicting everything from poetry to robot building. The library has 92 locations and serves each area differently according to its needs.

It includes well-known speakers such as Patti Smith and Elvis Costello and anonymous library users throughout its foyers, annexes and meeting rooms.

The administrators who lead the library explore their challenges in serving such a diverse set of needs and Wiseman contrasts this with the diverse patrons of the library, including laptop users, researchers and the homeless.