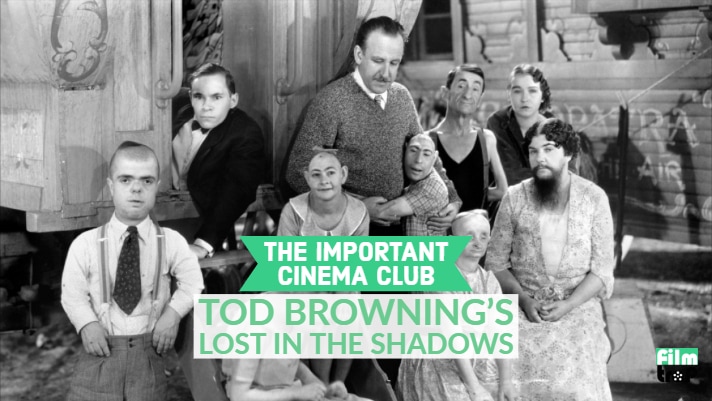 Shocktober ’18 begins! We discuss the career of Tod Browning, the director of such horror classics as the original DRACULA, FREAKS and Lon Chaney Sr.’s THE UNKNOWN. Was Browning a monstrous director? A sympathetic one? Can we ever really know?

On this week’s Patreon episode, we discuss Mr. Vampire films and the Hong Kong Horror Movie.

“On the run from the law, Alonzo (Lon Chaney) hides in the circus as The Armless Wonder — a performer who uses his feet to hurl knives. Alonzo actually has the use of his arms but keeps them concealed so that his true identity remains under wraps. Meanwhile, Alonzo falls in love with another performer, Nanon (Joan Crawford), who has a phobia against being touched by a man. But when the circus owner (Nick De Ruiz) discovers Alonzo’s true identity, the performer makes a tragic decision.”

“Sir Borotyn (Holmes Herbert), a prominent Prague resident, is discovered murdered in his home, with all indications pointing to a vampire assault. The victim’s friend, Baron Otto (Jean Hersholt), and the physician who analyzes the body are certain that the vampire is the mysterious Count Mora (Bela Lugosi), or perhaps his daughter (Carroll Borland), but receive little help from the law. Professor Zelen (Lionel Barrymore), an expert in the occult, is called in to assist with the investigation.”

“When trapeze artist Cleopatra (Olga Baclanova) learns that circus midget Hans (Harry Earles) has an inheritance, she marries the lovesick, diminutive performer, all the while planning to steal his fortune and run off with her lover, strong man Hercules (Henry Victor). When Hans’ friends and fellow performers discover what is going on, they band together and carry out a brutal revenge that leaves Hercules and Cleopatra knowing what it truly means to be a “freak.””