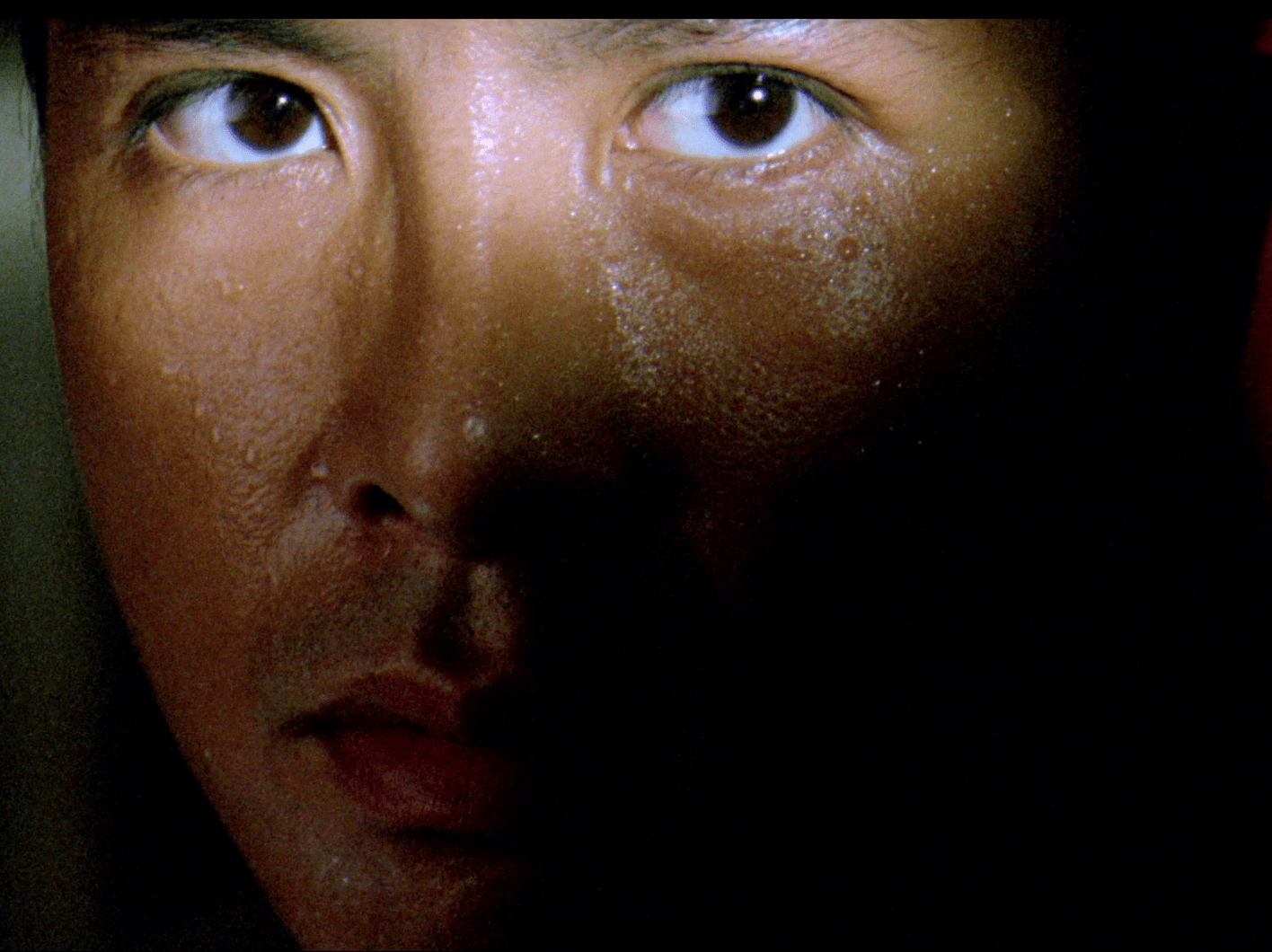 Donnie Yen will be presenting his film Wuxia live in person at the Royal Cinema in Toronto this week. Buy you tickets now HERE before it’s too late.  In honor of the awesome event, I’m going to dig deep into the actor’s back catalog. 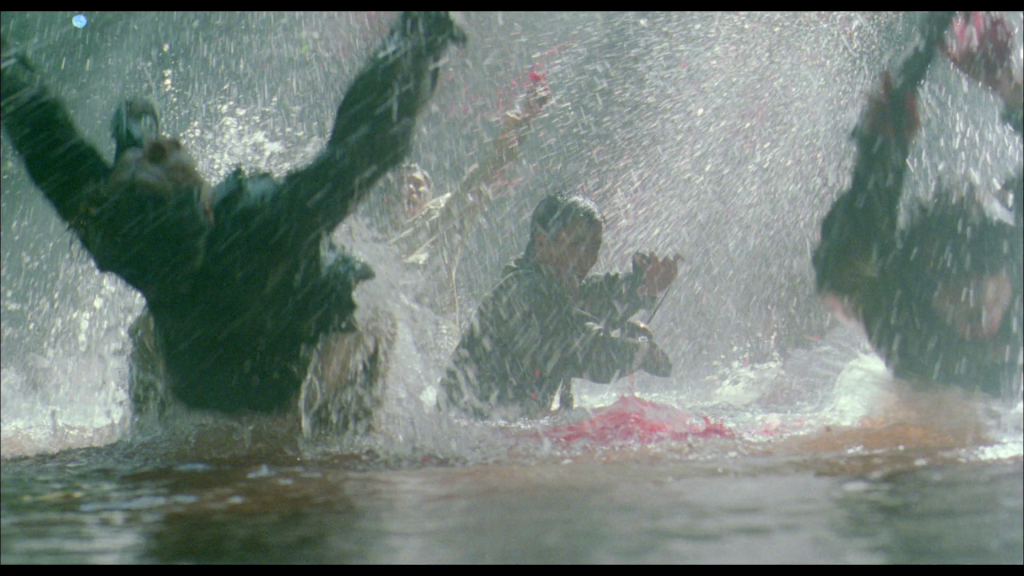 Donnie Yen’s directorial debut is an experimental martial arts action tapestry. It compresses fight scenes into blurs of motion punctuated by pops of razor sharp focus. It’s difficult at times, inspiring at others, and always a singular piece of work.

Donnie Yen stars as an amnesiac who wanders into a small village. He makes a friend, he finds a lost love, and he discovers a terrible secret. Oh, and he kicks lots of ass, but not necessarily in the way you’d expect from a modern day Hong Kong film. The fights in Legend of the Wolf are hyper kinetically cut sequences of cracking fists, flashing blades and blood splattering on trees. People often complain that a fight scene is automatically terrible if they feature close ups, shaky cam or quick edits, but it’s important to note that intent is everything. Those stylistic traits are most often used by directors in an attempt to hide their lack of vision and Yen is highly aware of the techniques that he is utilizing. He’s trying to find interesting ways to cinematically capture the visceral feel of a fight.  When he attacks a hundred men at once, the camera crash zooms wildly at once moment, and suddenly stop to highlight a perfectly pulled off high kick to the face the next. Someone once said that Donnie Yen’s fights are always under cranked because he moves so fast that it makes everything looks fake, so they have to compromise an speed everyone up. The truth is probably that Yen is always aiming for a particular aesthetic form that our puny human bodies simply can’t achieve. The use of speed is constantly fluctuating in Wolf, from slow motion to super fast, and it’s a roller coaster ride to simply try to keep up with Yen’s editing tempo. It’s not normal and it’s not easy, but it is a rewarding experience. 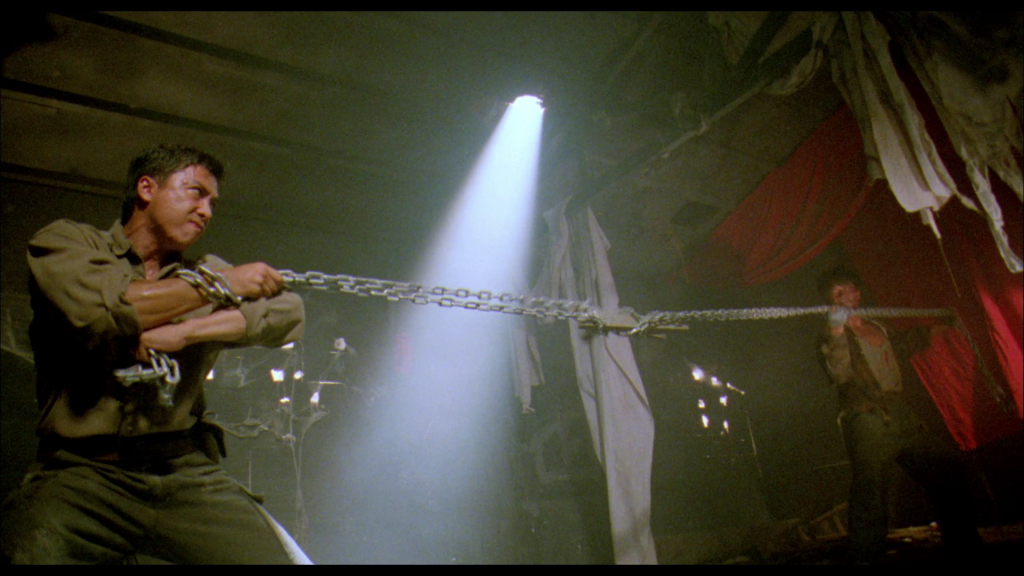 At the same time, I’m not surprised that people dislike the film. The fights are distinct, but they’re also difficult to wrap your head around at times with their rapid fire editing structures and lengthy (and repetitive at times) flow. This is especially noticeable in the epic  finale that pummels the viewer with no less then five different fight scenes in a row – which include a village massacre, a running fist fight, a gunfight, and a punch em up to the death among the crashing waves. They all feature different styles of combat, but they all share the same kind of editing structure.  He may be doing radical things, but the ninety minute length results in some of those beats being hit again and again, even if at their core each scene has a different twist on the chord progression he’s working with. 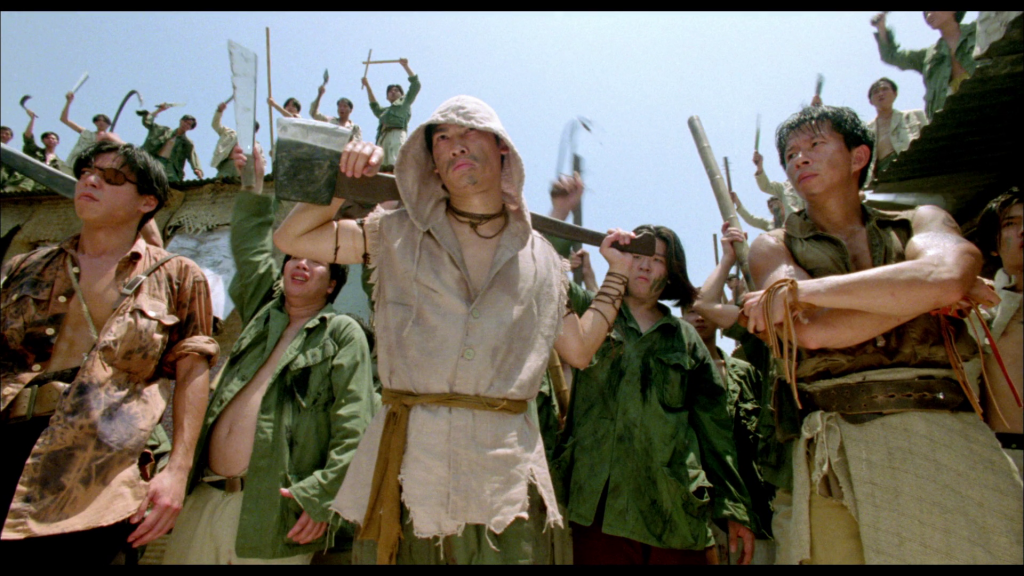 The Donnie Yen Action Scene is a instantly recognizable and it has been fascinating to watch Yen slowly shape his action direction throughout the years. The wild insanity of Legend of the Wolf would slowly be chipped away until his action scenes films like Wuxia and Flashpoint would result in set pieces where the moves are a little clearer, but still feature that kinetic energy. Legend of the Wolf is Yen’s idea of action at it’s most pure, and by consequence, his most assaulting.

Legend of the Wolf was one of the first Hong Kong DVD’s I ever bought thanks to David Bordwell lengthy enthusiastic dissection of the film (featured in Bordwell’s book Planet Hong Kong.) The DVD I got was full screen, murky and featured the dreaded burnt in white subtitles (which cut off at the side). I fell in love with the film in that form, but I seeing it on Blu-Ray has been a completely different experience. The compositions suddenly popped, the colors sang and the visual palette came alive. It’s only available from Japan in an unsubtitled form (Boooooooo!), but I can’t stress enough that it should be watched in its best possible version. Now if his second film BALLISTIC KISS (his take on heroic bloodshed) could get that treatment… 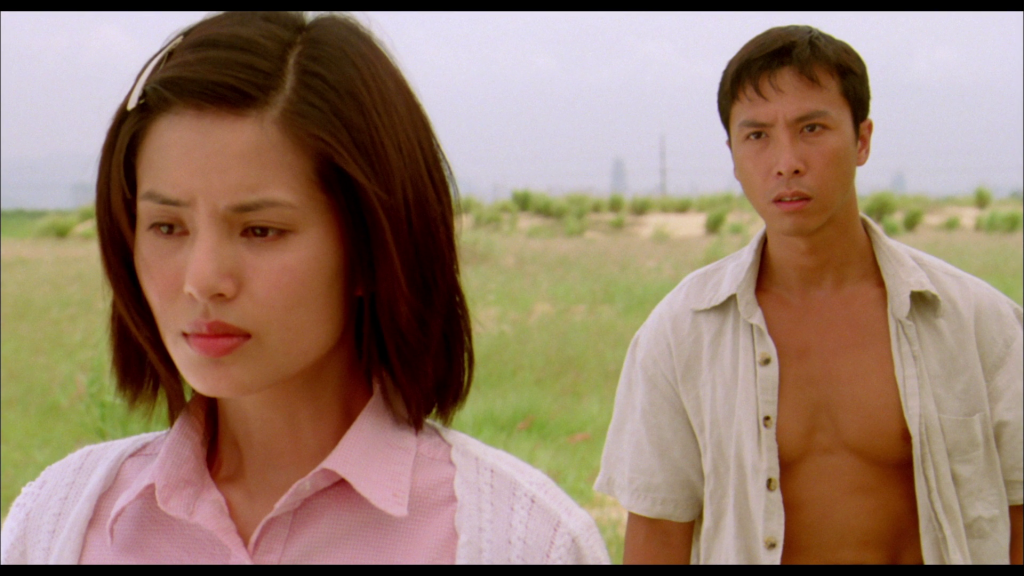